Orcs historically have been separated into warbands; followers attach to a leader they either respect or fear or have a lineage towards. The orcs have much respect for honor among their people. This honor is sometimes confused with brutish thuggery as the orc takes what he deems as his. So orcs roamed the lands in these warbands pillaging what they knew belonged to them, rarely setting up good relations with any of the sentient races in the land. Some orc warbands were drawn to the Dwarven kingdom The Stand. It was an impenetrable fortress, a challenge. Whatever lie inside, the orcs wanted.

So futile raids would occur for The Stand every couple of years or so when a few warbands settled their differences to make an attempt at ransacking. Over time, more orcs heard about this feat deemed The Great Pillage. So every few years when another go at The Great Pillage would occur more warbands would show up outside the Dwarven gates amassing larger and larger crowds. At first the dwarves shrugged off these feeble attempts at trying to crack The Stand, but over time they became weary of the orcs. Was it foolishness or plain stupidity that they rushed their kingdom with hardly making any progress each year?

The dwarves began testing their relatively newly acquired technology of magnetism to craft weapons to repel the beasts. They did not show their hand and waited years upon years until the next Great Pillage. In this uneasy wait they perfected (for their means) a defense weapon dubbed the Coil Lance. As with every Great Pillage, the hordes amass larger and larger, and this was the largest by far. A perfect audience for a devastating weapon. As the first rush sprang forth many orcs roared in a drunken state but even the roar was cut off by an eerie echo of silence that rattled off the walls. A whirring in the distance accompanied by a bellowing foreign noise pulsed throughout. The first lance ejected and the first orcs mauled. Cheers and jeers alike rang out! The orcs thought of this to be a challenge, a sport. The dwarves, slapped with confusion when the rumblings of orc laughter was heard in the distance, reloaded, made appropriate adjustments and waited. Far too many lances were loosed that day, but the dwarves could not gather what the orc’s ploy was.

A band of orcs marched half way to the dwarven gates, stopped, and waited. All manner of banners flew representing various orc clans. The dwarves stood watch and waited a few hours until General Hearkenthatch traveled out to the lance-plagued land to meet with these curious orcs. Hearkenthatch, with his men in tow, arrived with caution. The only thing said for a stilted time were hands nervous on hilts.

"Such powerful weapons from such small creatures!" Thruk, The Thruk exclaimed! "Truly the greatest feats of gore I have witnessed!"

"What is your quarry, orc?" Hearkenthatch questioned.

"To thank you for this great day of bloodshed! That is my brother Thrak over there! See how he died with such ferocity?! He could only wish to be devastated by such great scrod!" Thruk replies excitedly.

"Sorry for your brother, we were merely defending our home. I woul..." Hearkenthatch becomes interuppted.

"That was defense?! Krug come here, let this little ball of muscle attack you!" Thruk ordered.

"Right away!" Krug rushed to the front.

"I am General Hearkenthatch of The Stand. I will not be the aggressor on an emissary mission. You must leave our lands now or give us your terms." Hearkenthatch explained.

"Let us discuss your great scrod over a few drinks of the finest orc ale." Thruk offered.

Dwarves are treated like rock stars in the Orc city. A dwarf fires off the first shot in the Orc Games ceremony. Orcs give many gifts to the dwarves as a sign of their alliance.

Different clans. One clan went with the dwarves and one with the eladrin. 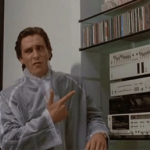